Inspiration for the Home!

I have to give credit where credit is due. The majority of the garden that I have built at my home consists of flowers and plants that I have seen at an agricultural show. They brought out flowers and amazing potted plants that I had no idea even existed. Once I caught a glimpse of them I was immediately hooked and went straight to the store the next day to pick up my own. Now I have one of the most beautiful gardens (in my opinion) on my block. 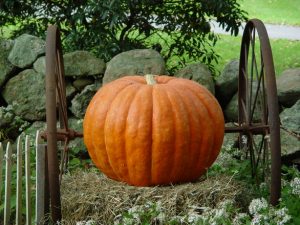 They bring out plants that look like they came from a different country and they are all amazing.

So far this doesn’t really sound like anything that many men or children would find interesting but do not fear because there is more. Something that is more common than exotic plants are the enormous vegetables that local farmers grew. These are some of the biggest and coolest vegetables that you will ever see and won’t believe how massive some of these things can get!

Needless to say, State Fairs can get a little dirty. I hope that this is sort of common sense for most people out there but I feel like it is […]

Yesterday I promised I would talk a little bit about my experiences with clean ups not going over as smoothly as hoped so here you go. The Fateful Barn So […]

So now that the fair is over for the year, how can one make their own fun until next season? By the way, this is assuming everything went smoothly and […]